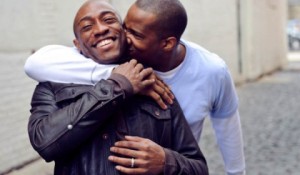 The other day marked the 50th anniversary of the assassination of Malcolm X. Rightfully so, this day sparked a lot of discussion of the man and his legacy. In the land of Facebook, I made a post that ruffled a few feathers. I resurrected the ghost of Professor Manning Marable and I asked a question based on a portion of his 2011 biography “Malcolm X: A Life of Reinvention”.
“Why is the possibility of Malcolm X having sex with a man at some point in his early life so reprehensible to people?”

I asked the question because I saw the subject mentioned somewhere on social media and I was reminded of the whirlwind of arguments and denials surrounding the subject when Marable’s book first came out. It took a full day for me to get around to actually going back and reading the excerpt from the book that speaks about this subject. Marable never actually claimed that Malcolm engaged in homosexual intercourse. Here is what he said:

“…[Malcolm] first returned to New York City and subsequently to Boston, desperately trying to survive through a variety of hustles. It was during this time that Malcolm encountered a man named William Paul Lennon, and the uncertain particulars of their intimate relationship would generate much controversy and speculation in the years following Malcolm’s death. …The ‘Autobiography’ describes sexual contacts with Lennon, except that Malcolm falsely attributed them to a character named Rudy:

“[Rudy] had a side deal going, a hustle that took me right back to the old steering days in Harlem. Once a week, Rudy went to the home of this old, rich Boston blueblood, pillar-of-society aristocrat. He paid Rudy to undress them both, then pick up the old man like a baby, lay him on his bed, then stand over him and sprinkle him all over with talcum powder. Rudy said the old man would actually reach his climax from that.

“Based on circumstantial but strong evidence, Malcolm was probably describing his own homosexual encounters with Paul Lennon. The revelation of his involvement with Lennon produced much speculation about Malcolm’s sexual orientation, but the experience appears to have been limited. There is no evidence from his prison record in Massachusetts or from his personal life after 1952 that he was actively homosexual. … In his Detroit Red life, he participated in prostitution, marijuana sales, cocaine sessions, numbers running, the occasional robbery, and, apparently paid homosexual encounters.”

I have very little interest in trying to prove or disprove Marable’s conclusion. Although I do think it is entirely possible that Malcolm attributed this story to “Rudy” because he couldn’t bring himself to admit that he was really the one doing these things with Mr. Lennon. However, I am very interested in the community’s reaction to even the possibility of this being true.

The great Langston Hughes was a gay man. The great James Baldwin was a gay man. The great Richard Pryor admitted in his stand-up comedy to having had sex a with a transgender man. All of these men accomplished feats of artistic genius and showed examples of Black dignity that most of us can only dream of. Homosexual leanings or homosexual endeavors had no impact on their work or their greatness. Yet, the sexuality of these men doesn’t generally get talked about when their names come up. Why is that? Why am I told by my peers that I should be ashamed of myself for even mentioning the possibility of Malcolm having had a homosexual encounter at one time in his life?

The actor Tyler James Williams portrayed the character, Lionel Higgins, last year in the movie “Dear White People”. Tyler spoke to the folks at HuffPost Live about his character. “I feel like the new stereotypical character[s] are gay characters, where you can’t just have a regular everyday guy who just happens to be gay, just like many people that I know,” he said. “You don’t automatically need to see and know that [the character is] gay just by his mannerisms. That’s not everybody.” Tyler also added that “whether we like to address it or not, the African American community is notoriously homophobic. We have been coming up on this rough side of the mountain, as far as civil rights issues go, but we haven’t necessarily addressed the fact that there is a whole other side to that civil rights coin, which are gay rights.”

When I got involved with the Hands Up United crew based in Ferguson, there was a lot of internal discussion about making sure that the LGBT members of the movement don’t get ignored or marginalized. Initially, I was taken aback by this because I didn’t see why anyone’s sexual orientation needs to get mentioned at all. But they were so adamant about it that it caused me to step back and reflect on my attitudes toward the subject.

I realized that I was doing to my LGBT brothers and sisters what many white liberals do to Black people. When you are in the majority population, you don’t have to think about your status. Being in the mainstream gives you blinders. It causes you to think that everyone is having the same experience you are. It allows white people to say things like “there is no more racism in America.” Because they don’t see it, then it doesn’t exist. Many Black LGBT people feel like they are marginalized in this way, within the Black community. We act like they, and their unique experience, don’t exist. I have been guilty of this.

People like the good folks at Millennial Activists United (MAU) have opened my eyes to this situation. It is past time for the Black community to take a long, hard look in the mirror regarding this subject. Because, it is killing us.

So gay/bisexual Black men are catching HIV at alarming rates, and they are having sex with unsuspecting Black women. What is driving this behavior?

The reaction to the possibility of Malcolm X having a homosexual encounter explains why gay Black men are doing so much high risk behavior with such unhealthy consequences. In the Black community’s imagination, it is impossible to be powerful and masculine and gay, all at the same time.

Cyrus Beene, the fictional Chief of Staff to the President of the United States on the television show Scandal, could never be a Black man. A man who is shrewd and domineering and takes charge and brokers power as well as anyone in the world and just so happens to be gay…Black people couldn’t fathom something like that. Again, that is an impossibility in the collective Black imagination. That is what Tyler James Williams was speaking on.

During the period of physical slavery in these United States, Blacks held in captivity had very little to be proud of. However there were a couple of positions that slaves could attain that gave them a sense of worth. One of these positions was the House Slave, those who got to live in the master’s house and wear fine clothes and be the master’s personal servant. Another position was the Stud, the biggest and strongest man who was chosen to mate with the women in order to make big and strong slave children. Over time, this characteristic of being virile enough to attract and please many women became an integral part of the collective Black imagination’s heroes. This shows up constantly in the first Black films produced in the 60s and 70s. Superfly, The Mack, Truck Turner, Black Caesar all had this same dynamic. Many women. Beautiful women. Helpless in the face of their virile masculinity. There is no room in this picture for a powerful Black man to be sexually interested in men.

Combined with that is the fact that most of the Black community’s sense of morals and ethics comes directly from Christianity, and Islam to a lesser extent. And Black people believe in these religions much more fervently than the people who gave them these religions. So, the end result is that homosexuality is the ultimate sin for Black men. You cannot be a man and be gay at the same time.

So Black men who find themselves having homosexual leanings have to hide that fact at all costs. In order to protect their position in the community, they have to appear to be heterosexual as much as possible. Often that means having a woman just to keep up appearances. The unfortunate flipside of those arrangements is that these men act out their homosexual compulsions in ways that are not thought out very well. They can’t bring themselves to seek out healthy relationships with other men, complete with communication and trust and respect. They have to have quick and meaningless sex that allows them to deny the act, even to themselves. They have to find places to go to in their own mind that allows them to tell themselves that they’re not gay. I only let men give me oral. I only have sex with men who look like women. I only penetrate other men, I don’t let them penetrate me. Whatever the case may be. The end result is a group of people engaging in secretive and risky behaviors that are driving the spread of HIV infections.

As we said in our blog about polyamory, cognitive dissonance is solved by either changing our behavior or justifying our behavior by changing our beliefs. The existence of homosexual activity in the Black community is not going to change. It is time for the Black community to accept this fact and start to change our attitudes toward homosexuality. It is possible for a man to be homosexual and still be masculine, be a leader, be rational, and be powerful. Our LGBT brothers and sisters are full fledged members of our family and they deserve to be treated as such. If a person engages in gay sex, it doesn’t make them less of a human being and it doesn’t mean that they can’t contribute great things to the world. It feels ridiculous to even have to say this in 2015 but it is what it is. We have a long road to travel on this topic. But we have to do better.