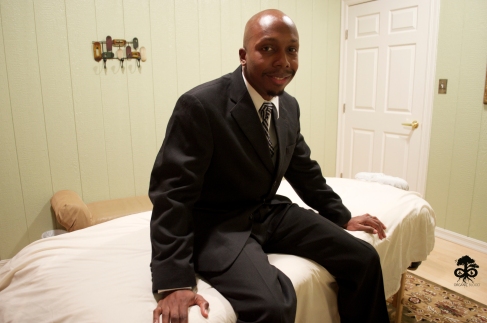 Soundtrack: India Arie “I See God in You”

My life’s work recently has made me more aware than ever of just how much emotional trauma and spiritual damage the women of America are dealing with, especially women of African descent. And I have also become acutely aware of just how much bad advice women give each other for how to deal with that pain. Ways to numb it or mask it but not ways to heal it and do away with it.

But real healing is available. Like a thief in the night, Tantra has emerged in this country with real tools to transform our lives and restore what was damaged. But for the most part, the women (and men) who have benefited from Tantra are not standing on the rooftops and declaring to the world that they have been healed. I’ve wondered why that is and I’m starting to see some of the why.

There are not enough people who have gone deep enough with Tantra to have real life-transforming, restorative change take place in their lives. They haven’t completed the process. The vast majority of people who have come in contact with the power of Tantra have had one or two powerful experiences with it and noticed some changes in their lives and that’s as far as they’ve gone with it. People are giving lukewarm testimonies because they are seeing lukewarm results.

There are not enough examples of a woman, for instance, who dealt with molestation as a child, rape as a teenager, low self-esteem and body issues and reckless behavior as a result of all of that, and then received thorough healing of all of that trauma to the point where it’s like it never even happened. This CAN happen, but it is not happening ENOUGH. Why not?

Because thorough, complete, holistic healing requires some effort on the part of the person being healed. It is a collaborative process between the healer and the person being healed. I can point out to you the beliefs that you have accepted that are not serving you well, break up the pain in the spots inside your body where you have physically stored the memory of your trauma, and even restore and balance your chakras and clean out your energy channels. But you have to make the CHOICE to reinforce all of that work by accepting new beliefs, habits, and behaviors that will produce a new life experience for you. I can’t do that for you.

The norm is for people to put in just enough self work to have some significant breakthrough and then they’re done. That breakthrough might be healing fibroids or healing a prostate or achieving better digestion or having orgasms for the first time. Not many people are diligent enough to follow that road all the way to Bliss.

Anything in your life that doesn’t feel like joy has to be let go of when bliss is your focus. And there is a core belief that has to be addressed that stands between people and their ultimate bliss. Most of us don’t really believe that we DESERVE to have complete happiness. We don’t believe that it is possible to have complete happiness. We think that we are supposed to have pain and shame and suffering. It never occurs to us to form the thought of “I’m going to do whatever it takes to make every negative experience go away because I don’t want them anymore”.

In life, we accept what we believe that we deserve. And life gives us whatever we expect to get. What is your core belief about what you deserve? This is why I am eternally grateful to the Honorable Elijah Muhammad, and others of his ilk, who taught us that we are gods and goddesses. Because gods and goddesses are supposed to live in Heaven, that is their domain. When you really, truly, deep down inside believe that you are a god then you cannot fathom accepting anything less than a heavenly daily life.

When I sat down to write this, this is the point that I wanted to make. I am here. There are others around me like my teacher Master Yao Morris, Shantam Nityama, Rakhem Seku, Sirius Brotha, Akin Olubusola…women as well like Kenya K Stevens, Sasha Cobra, and others. There are tools available to address anything we have going on in our lives that is less than desirable. If you have been the beneficiary of the healing work of any of these people that I just listed or ones that I didn’t mention, go back for more. And commit to the process of doing the self work to make the healing “stick”. And tell as many people as you can about the benefits you have already received and about the work you’re doing now. Spread the word!

If you have never experienced the benefits of Tantra do yourself a humongous favor and seek out a healer with good references. It’s time to let go of your pain. Whether you have to travel across the country or bring the healer to you or whatever it takes, it is worth it. You deserve it. Bliss is your divine birthright. It is time for us to properly value ourselves as gods and goddesses. Let’s sit ourselves in heaven

3 thoughts on “Got Tantra?”